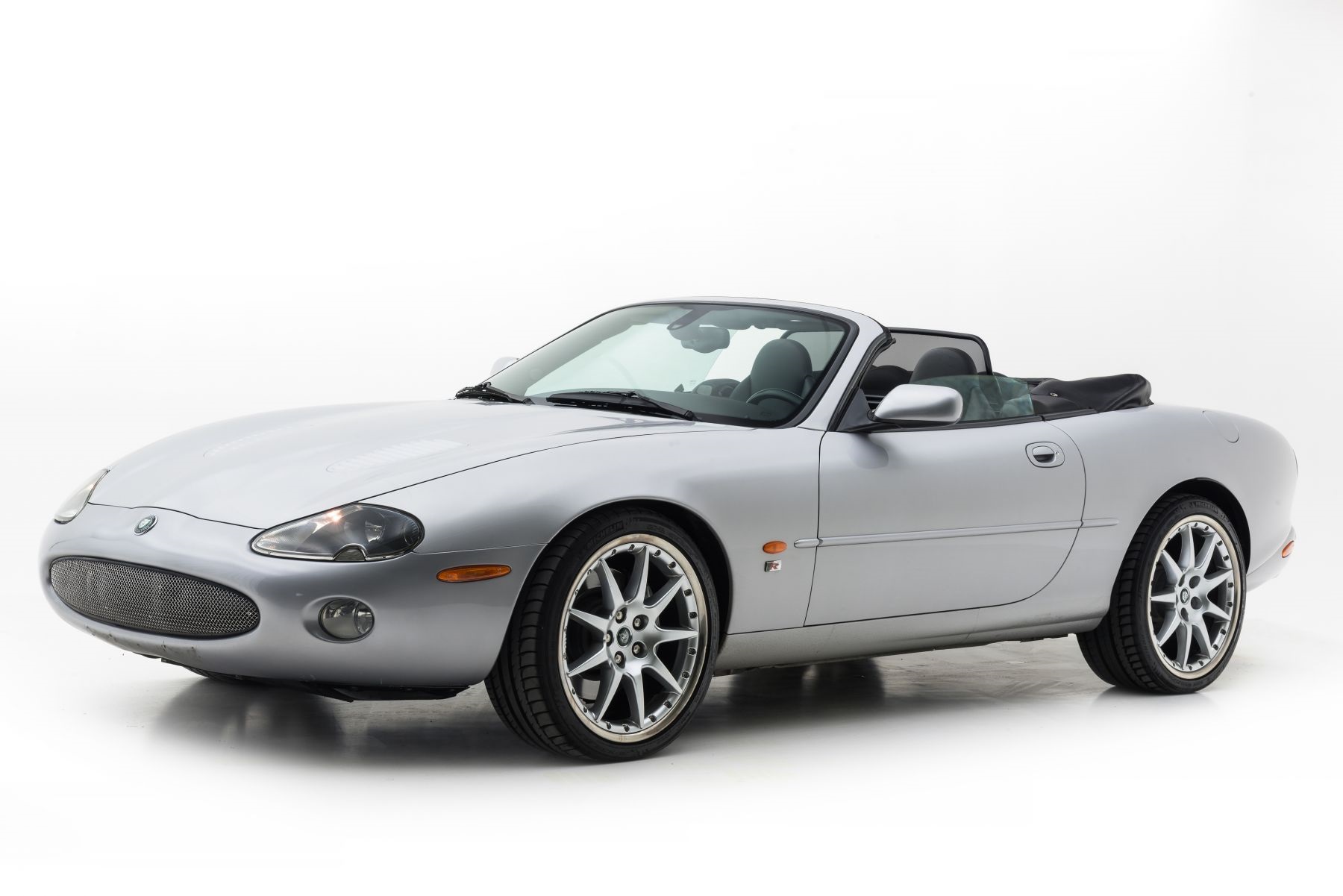 • Sought after 4.2 litre series 2
• Full-scale R-Performance version
• First registration in The Netherlands
• Both visually and technically in perfect condition

About the Jaguar XK

In 1996 the Jaguar XK8 was introduced as the successor of the XJ-S. The XK8 was available in two body styles, the convertible and the coupé, right away. The car’s special design was well received. Its powerful and smooth lines were a subtle reference to legendary Jaguar cars of the past as for example the XK120 and of course the E-Type. The sport cars of Jaguar are known for their elegant appearance and their comfortable and smooth driving characteristics. The XK8 clearly builds on these characteristics and is therefore truly a Gran Turismo.

With the XK8 Jaguar also introduced the 4.0 litre AJ-V8 290hp engine, with which, according to Jaguar, the best balance of refinement, performance and fuel consumption has been achieved. The engine’s maximum torque is already available from 1400 rpm and this results in a particularly smooth and relaxed driving experience.

It was to be expected that one day Jaguar would place the Supercharged V8 from the XJR sedan in both the XK8 coupé and convertible. The result was the extraordinarily fast XKR; the until then fastest passenger car Jaguar had ever made except for the XJ220. The connoisseur can identify a XKR at once because of its meshed front grille, the hood louvers on the bonnet, the small spoiler on the boot and the bigger rims and breaks.

In 2002 the XKR received an important upgrade. It was fitted with the substantially advanced second generation V8 engine with a volume of 4.2 litres and 396 hp and a new 6-speed automatic ZF transmission. These modifications made the XKR even stronger, faster and smoother than its predecessor. The XKR was also available with a substantially improved chassis, Brembo high-performance breaks, adaptive power steering, BBS 22” two-piece rims and special sport Recaro seats. These so-called R-Performance options transformed the XKR in such a way that its performance and handling were taken to an even higher level. The R-Performance models are rare and sought after, they are the pinnacles of the XK series.

The XKR convertible offered for sale at Brooks Classics was first registered in The Netherlands and has all R-Performance options. This means that the car has the R-Performance adaptive chassis control and the R-Performance adaptive power steering. The ventilated Brembo brakes with enormous power bring the car from high speeds to a standstill. The Recaro bucket seats embrace the driver so that even in the fastest high-speed turns the driver will perfectly stay in his seat . The 22” BBS Montreal rims boost the aggressive but still elegant appearance of the car. The aluminium interior trims and the aluminium sport pedals emphasize the car’s sportiness.

This XKR, first delivered in The Netherlands, has always been well maintained, which is not only evident from its excellent technical condition but also from all the documentation available. Because of the combination of the platinum silver metallic finish and the black top this XKR is a marvellous appearance. A unique car in a unique condition.

We would like to invite you have a closer look at this very beautiful Jaguar XKR Convertible. Please make an appointment with Ruurt Georg, e-mail rgeorg@broekhuis.nl, telephone number 0031 30 8507500 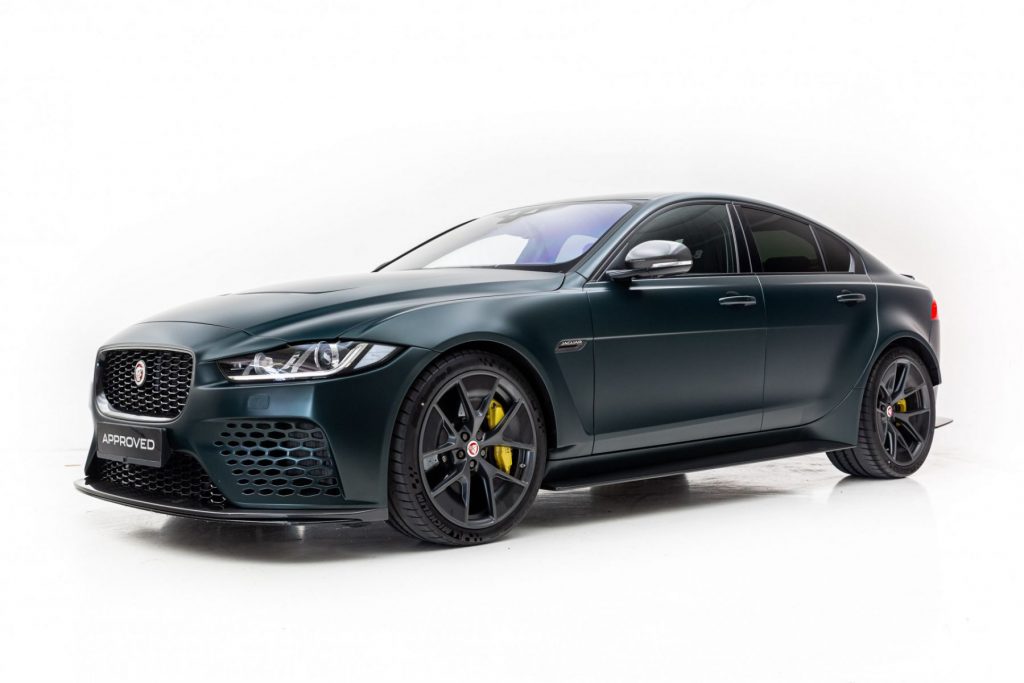 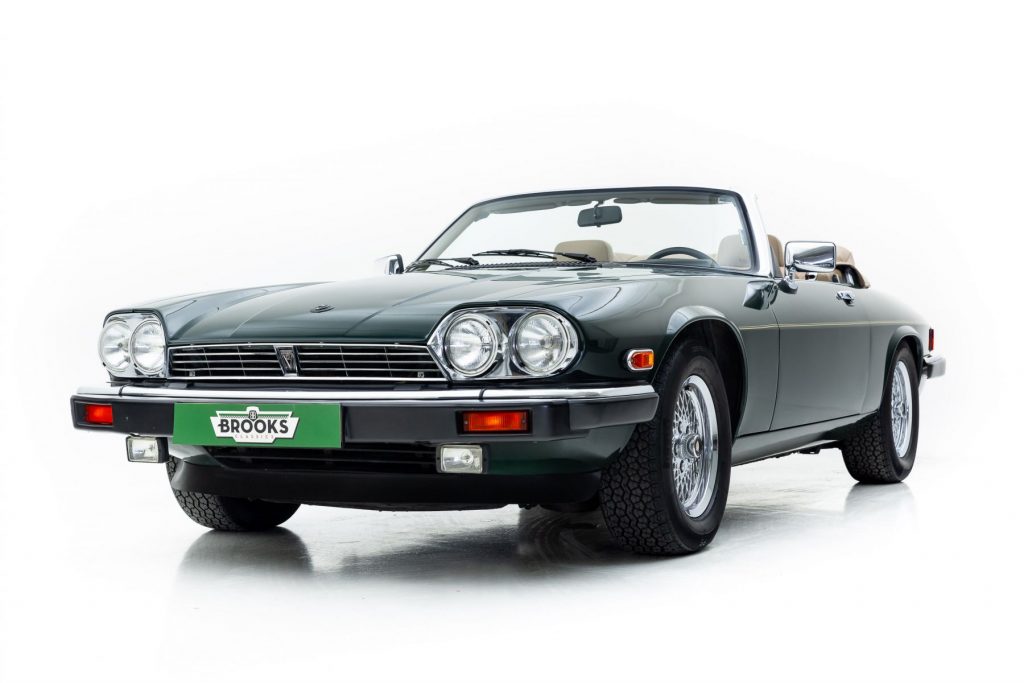